Luis Vasquez — the leader, ideologist and soul of the project The Soft Moon — does not like to relax too much and make «easy music for ears». On the contrary, he closely interlaces his grim and heartbreaking feelings with experimental, but so suitable music, that the result is impressive and stucks in the head for a long time.

So the fourth album Criminal turned out, mostly, evil, nervous and distorted, and at the moment it’s the hardest record of The Soft Moon. I’m sure that many people will consider Criminal as the strongest album of Vasquez.

We phoned Luis, who was in Berlin at that moment, and talked to him about the new album, further plans and emotions.

Rockcult: Let’s talk about your new album Criminal, which will be released very soon. Are you satisfied with the response to your new singles Burn and It Kills?

Vasquez: Yeah. So far, so good. And this could be another single released on the 18’th [the interview has taken before the release of the third single “Choke”].

Rockcult: You worked again with Maurizio Baggio. How do you work together? Do you show him your finished demos, or you develop the ideas together in the studio?

Vasquez: I write everything in Germany, in Berlin, and all of the process is about nine months. I was flying back and forth once a month, back Italy in the studio where he works. I would bring something I wrote, like demos, basically. And in the studio with him I would further develop the songs. I would track live vocals, I would track live drums, things like that. Elements to complete the song.

Rockcult: Are there any differences between how you worked with Maurizio on Deeper and Criminal?

Vasquez: I would say it was quite the same. I think I gave him a little bit more freedom, you know, because I was so comfortable working with him on Deeper that this time I was more confident in him, in his work. So yeah, I let him have a little bit more input and let him share some more ideas. Let him be a little bit more closer. But the process is still pretty much the same.

Rockcult: I’ve listened to Criminal, and it’s a very hard, impressive and immersive album. It sounds even darker than Deeper, and it’s clear that you plunged into yourself even further. Did you think that you would have to do this after recording Deeper or did you want to write, you know, more positive album?

Rockcult: Yes, it really feels on the album.

Vasquez: Actually I don’t really listen to music when I’m writing because I’m too easily influenced by everything around me. So I’m trying to stay pure when I write, so what comes to me is very pure, you know.

Sometimes if I do listen to music, I listen to old stuff what I used to listen when I was a teenager, like old punk-rock bands and things like that. Or even old pop songs: I listen to Prince and something like that. I usually go back, I get nostalgic when I listen to music. But like I said, I try to stay completely pure: when I’m making music I don’t listen to other music usually.

Rockcult: What do you feel when you finish recording an album and think «Well, finally this long way is over»?

Vasquez: It’s interesting. When it’s the last day in studio, actually I’m quite sad, to be honest. It feels “wow”, ‘cause all the time it’s like, it’s all over now. The whole process is very emotional, it’s like a chapter in my life. So when I finish I feel pretty sad but then, of course, at the same time it’s very…it’s an accomplishment. So it feels very rewarding, and I look forward to converting the music to a live show. This is the next step.

Rockcult: I saw your show in Moscow 2 years ago during Deeper tour, and it was very cool. Are you planning to play in Russia with Criminal?

Vasquez: Yes, yes. Usually when I come up with the new album the tour is going for like a year. So we’ll definitely do a separate Eastern European tour for sure. And come to Russia and everything. For sure. 100% (laugh)

Rockcult: How much has the process of transforming your personal feelings and emotions into music changed for you since the debut album The Soft Moon? Did it become it easier or, vice versa, worse?

Vasquez: (sighs) Actually become harder. I feel like older and I’m learning more and more about myself. I think a lot more, I mean in my head, as I’m getting older. The process of writing music is almost like a torture to be honest. It’s hard when you had to face problems, you had to face with certain things about the past. In the beginning with the first record it was like nostalgic for me: I was writing about my childhood. But when I continued that path it’s definitely gonna harder for me. And writing music is hard, it’s like a burden. But then comes reward in the end. Once I get out and perform live, you know, it’s a release.

Rockcult: During Deeper release you said that you want to create an experimental side project. Are there still any plans about it or did you implement these ideas in The Soft Moon?

Vasquez: I think about it a lot. At the moment I’m planning on doing some writing while I’m on tour. But the thing is I’m gonna be very open-minded about it, and whatever I’m writing could be for Soft Moon or for side project.

Or also too I’m very interested in moving the direction of scoring films, composing music for film. That’s my next goal. And I put out some sort of soundtrack album or just write new tracks for the next Soft Moon album. I’m not sure, I’m just gonna write music and it feels really good just to say that, you know. To just write it and not being very open to what it could possibly lead to.

Rockcult: That’s great. John Foxx, with whom you had an inspiring collaboration, and who is one of my favorite musicians, recently told me in the interview that he considers Deeper one of the best albums in recent years.

Rockcult: Yeah. Can you name a few best albums for you in recent years?

Vasquez: Well, that’s always hard question for me (laugh). I don’t listen to much music anymore. I listen to music that I mentioned earlier. I’m always going to the past, you know. I’m very bad in keeping up with contemporary music, with what’s happening now.
I know there’s a lot of hip-hop right now (laugh). I guess it’s the biggest genre of music at the moment.
I can’t think any favorite things for me, and that’s such a hard question for me.

Rockcult: What can you advise for young musicians who doubt whether they should take risks and express themselves in their own music project?

Vasquez: So, for me it was… When I finally gave up trying to create something new, something different, when I finally stopped doing it, I decided to express myself completely honestly, and that’s when things worked up for me. So from me the biggest advice could be just to be pure with your expression. Express exactly who you are and don’t express anything false. Because people can see through that.

Rockcult: So Luis, thanks for the interview! It was an interesting conversation. I really like Criminal and I’m looking forward to see you in Russia.

Vasquez: Great, thank you! And yeah, see you for sure. 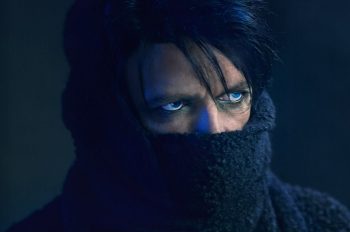 Gary Numan: «I could hardly care less about yesterday» 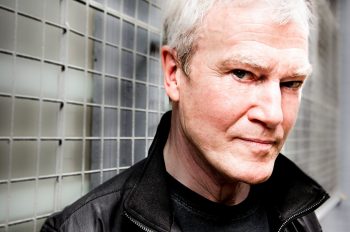 John Foxx: «Always being amazed by the way the unconscious and instinct work in writing music» 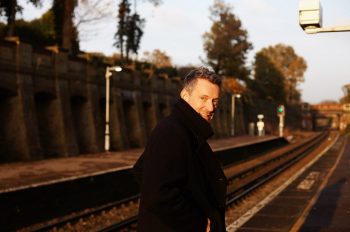 Neil Arthur (Blancmange): «The ideas just come from things I hear, I see, that I think about» 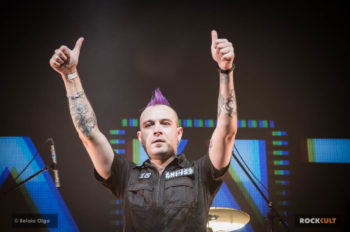 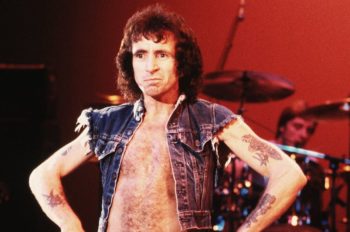 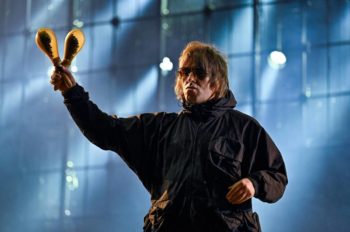 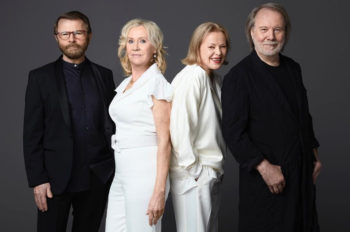